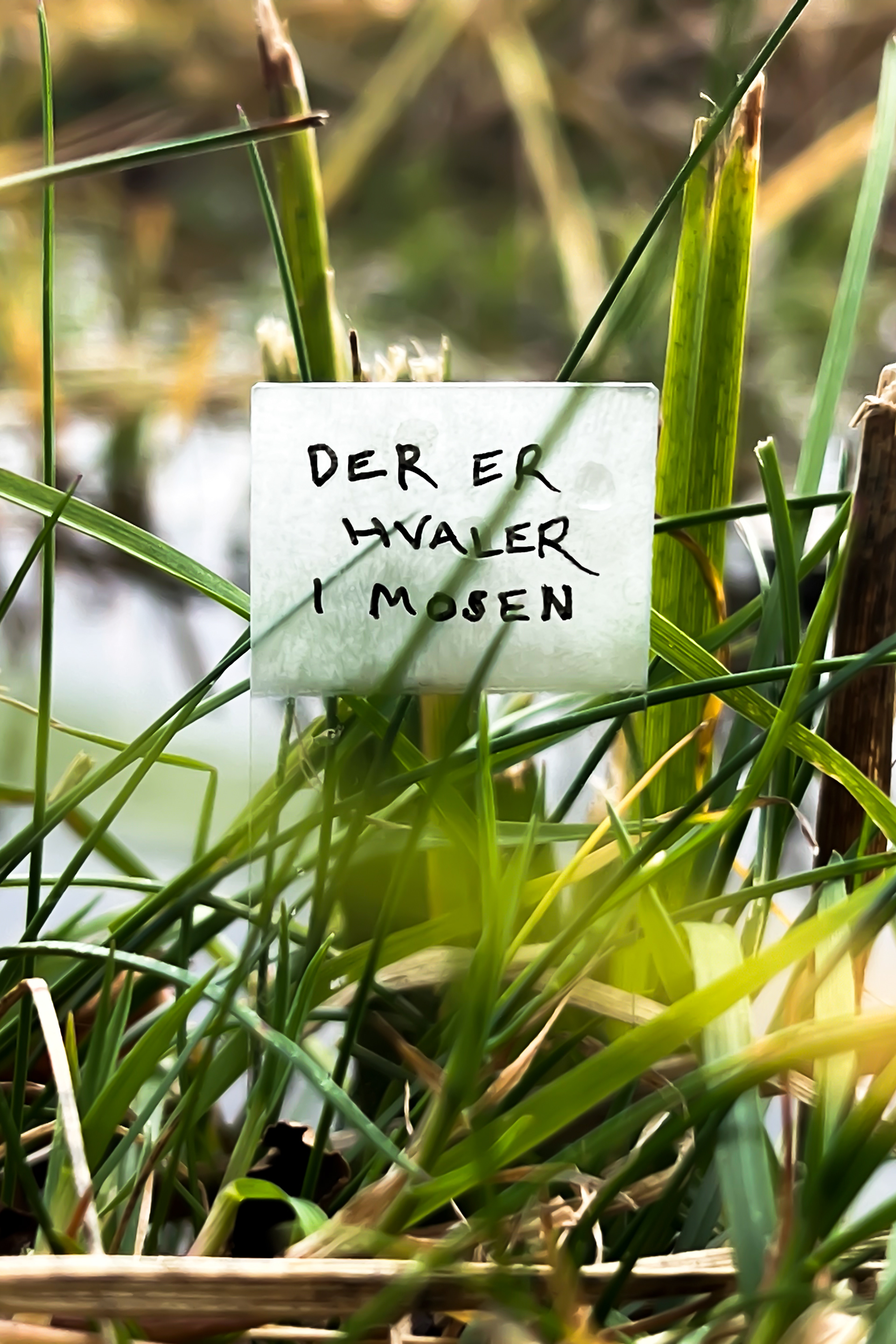 After the extermination of wolves in Denmark in the early 1800s, the idiom “Der er ulve i mosen” underwent revision. Wolves were replaced with owls—“der er ugler i mosen.” “There are owls in the bog/moss” conventionally implies that something is strange. In the climate crisis context with rising sea levels, storm surges, and increased whale stranding, the idiom undergoes another shift to place whales in the bog. In a speculative future driven by the climate crisis, “Der er hvaler i mosen” resituates impacted species within the well-known Scandinavian idiom. Widely in public circulation, the idiom “der er ugler i mosen” shifts human relationships to both owls and bogs/moss, so that these species become something over than what they are within this human rendering. By repopulating the idiom with another species (whales) that may be in bog or moss through storm surge and rising sea levels within Denmark (including Greenland and the Faroe Islands), the signifiers of owls and bog/moss are similarly reclaimed for their habitats while the familiar public idiom undergoes interrogation.